ETERNITY IS A BREATH AWAY
​

How do you get to Heaven?

Isn't it by being a Good Person?

Have you ever told a lie? How about ever taken the Lord's name as a cuss word? Ever lusted after a person? If you have answered yes to any or all of these, you are admitting to violating God's Law (commonly known as the 10 Commandments).
The Bible lets us know that "for all have sinned and fall short of the glory of God." (Romans 3:23 WEB)
Through the Bible God says,  "There is no one righteous" (does right all the time). (Romans 3:10 WEB)

All Mankind is in the Same Boat.

So when we think about it, every breathing person is in a bad spot. We're sinners who violate God's law. We are all destined for God's jail - Hell. And there isn't anything we do that could measure up, because we will fall short. It seems pretty hopeless.

But Here is the Good News! The Rescue!

For God so loved the world, that He gave His one and only Son, that whoever believes in Him should not perish, but have eternal life. For God didn't send His Son into the world to judge the world, but that the world should be saved through Him. He who believes in Him is not judged. He who doesn't believe has been judged already, because he has not believed in the name of the one and only Son of God.
(John 3:16-18 WEB)

Isn't that phrase a relief? God loved us that He took action to rescue us.

God knew we couldn't save ourselves. To rescue us, He carried out a plan. Jesus fulfilled that plan. The God of heaven took on humanity and allowed Himself to be humiliated and put to death on an agonizing Roman cross. He paid our penalty for our sins. What He suffered in a few hours would cost us all eternity in hell. But the story doesn't end there - Jesus arose from the grave. He conquered sin and death for us- He, God with us, did so because He loves us.

By telling Him you are sorry for your sins, turn from them, and believe that Jesus died and rose again for you, you can be assured of eternity with Him in heaven and forgiveness of your sins. That is what it means by saying "Whosoever believes in Him shall not perish but have everlasting life."

Romans 10:9 (WEB) says, "that if you will confess with your mouth that Jesus is Lord, and believe in your heart that God raised Him from the dead, you will be saved."

God loves you, and wants you to know Him. Will you receive His gift of gracious forgiveness today? To receive Him you can make a prayer like the following: Dear Jesus, I am a sinner. I believe You are God's Son who died for my sins. I don't want to continue on in my sins. Forgive me and come into my life that I may honor You. Amen.

Don't put Christ off. Seek Him while He can be found. 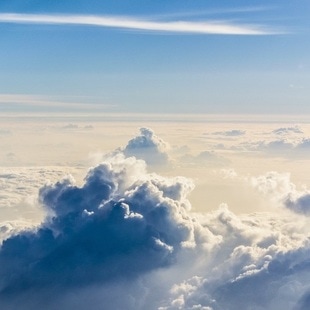 Most people have a misconception about what heaven will be like. We've all seen cartoons where winged angels play harps all day long sitting on clouds. However, that isn't what the Bible says Heaven will be like.

It will be active, colorful, full of work and joy; There will even be food. All things will glorify God because there will be no Sin there to cause pain, separation, or heartache anymore.

In Ezekiel 1 and Revelation 4 we read what the throne room of God Almighty looks like. There is light, with rainbows of color, angelic creatures praising God, and God Himself is on the throne.

Isaiah 11:1-10 and Revelation 21-22 tell of what the Kingdom of Christ Jesus will be like when He is back on earth ruling and the new heavens and new earth. These passages talk about the wolf laying down with the lamb;  and there will be no night for God Himself will provide the light. (For those who have ever traveled to Alaska in Summer - the land of the midnight sun. It gives a taste of what it may be like.)  It is something to anticipate.  You may want to read it for yourself. 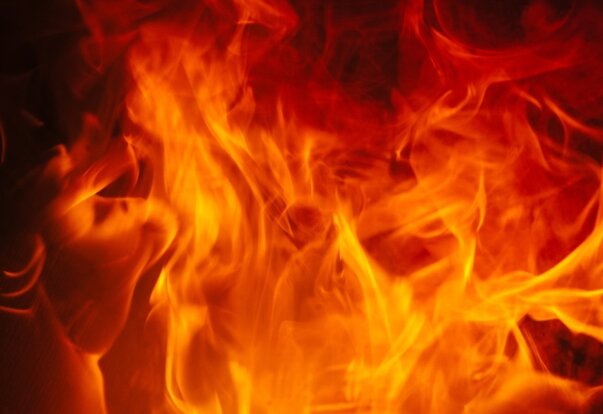 These days most people you encounter may believe in Heaven but will deny the existence of Hell.

"Why would a loving God send anyone to Hell?" is the common question. But as we addressed above, for a Just and Holy God there has to be punishment for the violation of His Law. A Judge who didn't uphold the law would be considered corrupt.
​Secondly,  God loves; if people don't want Him and reject His Son, He gives people what they wish - the eternity they want apart from Himself - the source of all goodness, grace, beauty and forgiveness.

And also as we addressed above, we all are guilty before Him. But merciful and gracious God Almighty also provided a way of escape through the blood of His Son, Jesus the Christ in His death and resurrection.

Did you know Jesus spoke more about Hell during His earthly ministry than He ever did about heaven. One account which can be read in the gospel of Luke 16:19-31 Jesus told about a rich man and a poor beggar named Lazarus.

Both men died. Lazarus who had suffered during his earthly life feared the LORD during his life and afterwards received rest. For he was seen eating and relaxing with Abraham, a patriarch of Israel.

The rich man who had relied on his own wealth and strength in life was found to be in a intensely hot place in which he could feel, see, understand and knew he had no way out. His senses were keen, he knew who Abraham was although he had never before seen Abraham and was separated by a great gulf. The Rich man's concern was also for his loved ones who he didn't want coming to where he was. He specifically asked that Lazarus may be able to go back and speak to his family, but Abraham said, "If they do not listen to Moses and the Prophets, they will not be convinced even if someone rises from the dead."

From this we gather, Hell is a place of torment. It is not a place where people will encounter friends and party. It is place of darkness, gnashing of teeth (Luke 13:28), intense heat and fire (Matt. 25:41) in a body that cannot die, for one will already be dead and in a eternal body fit for the punishment. There will be no second chances. "For it is appointed for man once to die and after this the judgment" (Hebrews 9:27).

John 3:18 Whoever believes in Him is not condemned, but whoever does not believe stands condemned already because they have not believed in the name of God's one and only Son.

This section on Hell is intended to inform and point out the urgency of knowing Christ Jesus personally. As the saying goes,"There are two things certain in life: death and taxes." Most people prepare for tax season. I have heard that approximately 180,000 people die each day in the world, and the sad thing is, most aren't ready. Don't be one who ignores Christ until it is too late.